What is the key point of the current steel pipe market

At present, the decrease of spot resource inventory and warehouse supports the stabilization of spot price, while the factors such as the release and concentration of terminal demand of rectangular hollow section in the northern region boost the mentality of spot market to continue to favor.On the other hand, the recent rising spot price stimulates the early release of part of the demand, and after the tax reform, part of the terminal demand is planned in advance. However, considering the possible weakening of the subsequent demand, some merchants turn to shipping as the main operation, so there is a long-short game at the end of the month. 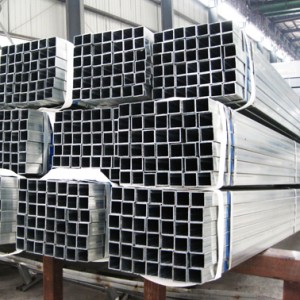 Domestic steel market prices continued to rise last week, from the recent situation in the domestic market, there still exist more positive factors, one is the current in the traditional consumption season, infrastructure projects and major projects will gradually enter the landing phase of construction, the downstream demand of mild steel tube is good, the stock market continues to fall, the five varieties of steel house website statistics inventories last week fell 3.81% to 17.36 million tons; Second, affected by the high-pressure environmental protection policies in some regions in March, the output of key steel pipe suppliers declined on a month-on-month basis, and the expectation of rapid growth of resource supply continued to weaken. With the increase of market price, merchants are more willing to deliver goods. After the implementation of the new value-added tax policy, some merchants have a certain preferential price for billing next month, which has a certain short-term impact on the market. However, after the VAT rate adjustment, the original export rebate rate of 13% for cold-rolled coil, some bars and stainless steel and other varieties are equal to full tax refund, which is conducive to improving export competitiveness.

This week, the start of blast furnace in domestic small and medium-sized steel enterprises continued to decline compared with the previous period, but the overall decline slowed down, combined with the market for the end of march, early April of the large area of blast furnace production is more worried about the coming. As a result, in terms of sentiment, even though this week’s inventory figures continued to fall, they did not exceed market expectations. From the perspective of raw materials of galvanized steel pipe, the recent iron ore incident repeatedly touched the market sensitive nerve, at the same time, shanxi coking special inspection from Mid-March to the end of September will also form a short-term support to the cost.