The futures market of round steel pipe

Last week’s domestic steel market price shock strong. According to statistics of our website, most varieties of winter storage inventory of round steel pipe and the total amount of inventory after the arrival of goods are lower than in previous years. After the futures and billet boost the spot price in the beginning of the week, the market as a whole is not very pessimistic.However, in this week spot resources continue to arrive and the impact of insufficient market starts do not rule out the possibility of some varieties of loose shipment.On the other hand, the current steel companies for the market to maintain price psychology, and the current spot also has cost support, so it is expected this week, domestic steel market price or a narrow range shock operation. 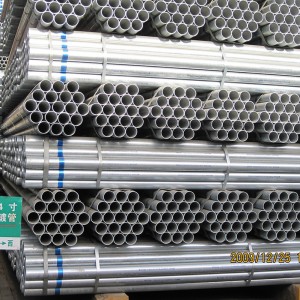 After the domestic steel market ushered in a good start, businesses have been started, but the demand of square steel pipe has not started, steel prices by market is sentiment. Judging from the current market situation, the stock of steel products in the post-holiday market increased significantly to 16.13 million tons at the weekend, which was 42.9% higher than that before the Spring Festival, but lower than the 17.82 million tons after the Spring Festival last year. Since December last year, local governments have approved large-scale infrastructure projects to shore up their weak links. Local government bonds have been issued in advance. In January, over 400 billion yuan of local government bonds have been issued, providing financial support for the project launch.It is expected that this week domestic steel market prices will range fluctuations. We will focus on the progress of China-Us trade negotiations, inventory changes of mild steel tube and the start of demand.

From the perspective of the causes of the structure of the accumulator, it is mainly caused by the normal production of steel mills during the holidays and the stagnation of demand. This is also shown in the Spring Festival around the rate of accumulated storage, but the overall inventory growth is relatively moderate. However, the situation that the market feared in previous years that the fund approval was not in place caused the delay of the project may be relieved obviously this year. In order to hedge against the downward pressure on the economy, the country has implemented “counter-cyclical adjustment” this year, which is more vigorous. First of all, it is supported by active fiscal policy. Data shows that since the first issue of local government bonds on January 21 this year, a total of 95 local government bonds have been issued nationwide in about 10 days in January, with a total issuance of 417.966 billion yuan. The funds raised are mainly used for major infrastructure projects of galvanized steel pipe.So far, this round of local bond issuance has exceeded the total issuance in the fourth quarter of last year.