Langfang, hebei initiated a secondary emergency response. Atmospheric pollution strengthening measures at the same time, Tangshan, January 10, from today to 24 for steel pipe suppliers: in addition to safeguard residents heating sintering machine of all iron and steel enterprise production, guarantee the heating of iron and steel enterprise accounting of guaranteeing heating on sintering production load, increase efficiency of pollution treatment facilities, and reducing emissions big limit. Considering that there is no limit on blast furnace, and most steel mills keep the stock for about one week, the sintering limit has little effect on the actual production in this period. 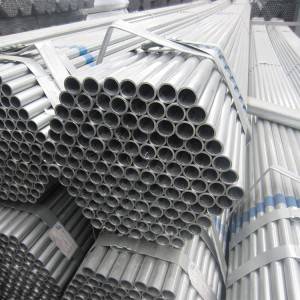 Third, the central bank cut the reserve ratio again by 1 percentage point, which is expected to release 800 billion yuan of funds.The central bank continued to release water to release liquidity, which helped ease the market’s funding constraints, especially for small and micro businesses, which are more accurate and beneficial, and boosted market confidence. For the time being, this wave up is not solid, there is news speculation.With the gradual digestion of good, prices may return from the fundamentals of supply and demand. From the perspective of inventory performance, after the holiday market inventory increased significantly, the speed of accumulated stock and last year is basically the same, but the overall demand slightly better than the same period last year. If the rate of accumulation is lower than expected, the price of square steel pipe may still rise, but subject to the lack of winter storage will, the upper space is limited. If the accumulator speed is faster than expected and the demand continues to weaken, there is the possibility of high down. Overall, the conditions for a major adjustment before the year is not very sufficient.