Recently with the improvement of business mindset, prices showed strong attitude, together with most domestic final demand units of structural steel pipe, which will be officially released its own demand. As the current spot price continued strong performance, recent demand of release dynamics may change, clinch a deal the blocked part of the market also will be high.On the other hand, the current majority of varieties of plant database resources decline, steel mills in the short term for spot market prices will maintain a price attitude. Last week, five varieties of market inventory have fallen, in the current production line operating rate remains high, reflecting the downstream demand continues to pick up, the market transaction overall continue to improve.On March 5, the premier of the State Council released several good news in the government work report. This year, we plan to allocate 215 million yuan of special local government bonds, an increase of 800 billion yuan over last year, to provide financial support for key projects. Tax cuts and fees were intensified. 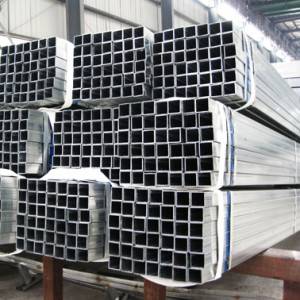 The value-added tax rate for manufacturing was cut from 16% to 13%, which will further reduce the tax burden on manufacturing of mild steel tube. The report put forward the use of quantitative and price measures such as the deposit reserve and interest rate, released the signal that monetary policy has room to ease, and raised expectations of reducing the reserve requirement ratio or interest rate. We continued to intensify investment in infrastructure. Investment in railways, roads, water transport and other areas remained relatively high and declined. The central budget increased by 40 billion yuan over last year to 577.6 billion yuan.Increasing the deficit is conducive to the stability of domestic effective demand and economy running smoothly, and considering the major projects around the focus starts after the Spring Festival, the recent actual demand of square steel pipe will continue to be released.

Tangshan area rolling plant environmental protection suspended production is in the majority, the resumption of production information has not been clear, the current manufacturer, giving price certain support, late need to pay close attention to the manufacturer production situation. Last week, the hot coil and thread were in the state of reducing storage, and the market demand of round steel pipe was released gradually and slowly, but the concentrated and rapid release still needs time. The broad fluctuation of the snail, the market is temporarily in the adjustment period, spot merchants cautious purchase and shipment, the recent need to pay attention to the snail dynamics.