While the domestic epidemic has recently been under control, there are signs of its spread abroad. If there is a relatively bad situation, it is bound to form the external demand pressure of China’s steel like structural steel pipe, and cause Chinese policy makers to increase the intensity of counter-cyclical adjustment, the fixed-asset investment of economic growth stabilizer effect will be further enhanced. According to the analysis, the steel demand of China in 2020 will therefore present the trend pattern of weak outside and strong inside, low before and high after, and better construction material than production material. 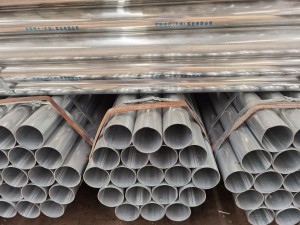 Since the beginning of February, while the “COVID 19 epidemic” in China was tending to be controlled, there were some signs of its spread outside the country, which initiated the “risk aversion mode” in the international market, and the prices of major investment markets in the world all dropped to different degrees especially for the demands of .aluminium curtain wall. According to relevant data, recently some countries have announced an increase in the number of confirmed COVID 19 cases. According to the statistics of the world health organization (WHO), as of February 24 this year, covid-19 was found in 29 countries, and the number of confirmed covid-19 patients worldwide (excluding China) reached more than 2,000. On February 27, baidu’s epidemic statistics showed that the number of infected countries has increased to 45, with 3,581 confirmed cases, among which South Korea, Japan, Italy, Iran and other countries are more serious. According to new statistics from the world health organization, the number of new crown cases outside China exceeded that of mainland China for the first time on February 26. If the epidemic spreads beyond China’s borders more than expected in the future, and it is difficult for the “war epidemic” to achieve the same results of containment as China’s, then global economic growth is bound to be severely slowed down again after the “trade war”. The international monetary fund has cut its forecast for global economic growth of Glass greenhouse in 2020 to 3.2 percent from a forecast of 3.3 percent in January due to the COVID 19 outbreak.
China’s steel export pressure, will mainly show in the indirect export of steel, such as ships, containers, cars, electrical appliances and other more steel consumption of mechanical and electrical products exports will be hit. China’s export of mechanical and electrical products reached 10.06 trillion yuan in 2019, up 4.4% and accounting for 58.4% of the total export value. The amount of Chinese steel indirectly exported by mechanical and electrical products such as round steel pipe is far greater than the direct export of its steel.