Developments in the curtain wall facade technology continue with an increasing momentum due to the requirements of multi-story buildings in the modern cities. Various types of curtain wall systems have been widely used for a variety of purposes. However, right along with the advantages, some problems might be encountered during the lifetime of curtain walls. Deficiency classification due to different criteria becomes important for specifying these problems. 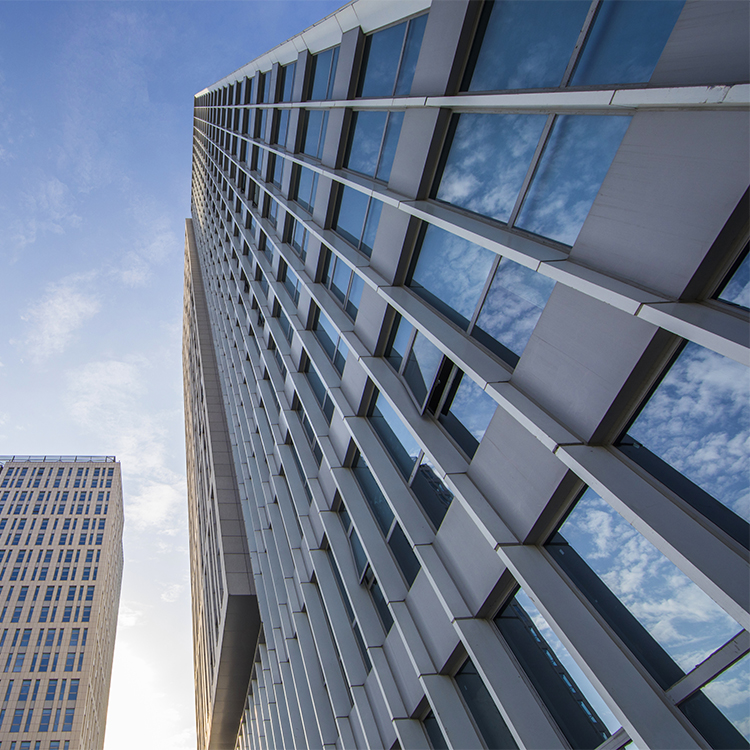 Nevertheless, deficiencies can be investigated according to the curtain wall facade lifetime process, system-components interaction and environmental factors if you would like to make a thoughtful plan for your curtain wall construction. As a rule, firstly the deficiency prognosis has been conducted throughout the lifetime of available curtain wall systems by considering the phases as system design, product, assembly, use and maintenance, control processes. Secondly, the deficiencies occurred in curtain walls were investigated according to the interaction of building and curtain wall facade systems. The third classification includes the deficiency analysis of the buildings in consideration due to external factors. For example, glazed curtain walls were a marvel when they were first developed, and since that time American cities have seen the construction of a great number of glass buildings. With soaring heights and sweeping views, glazed curtain walls offer desirable office, retail, and residential spaces that are faster and less expensive to construct than are their bearing-wall counterparts. As glazed curtain walls age, however, many of their components reach the end of their service lives. When leaks and drafts become recurrent problems, it can be difficult to determine the best course of action.

Causes of Distress and Failure
Like all building elements, aluminium curtain walls have certain weak points. Knowing what to look for, how to extend the service life of a curtain wall system, and when it’s time to retain a consultant are critical to avoid some potential costly and disruptive failures. Although issues vary with frame material, construction method, and glazing type, there are some common concerns that design professionals look for when evaluating the condition of a curtain wall system.

Deflection
Aluminum has many advantages as a curtain wall framing material, but it has the distinct disadvantage of deflecting approximately three times as much as steel does for a given load. Even when the amount of deflection doesn’t compromise the strength of the aluminum members, it still may pose a danger in that the glass may be forced out of place. To protect against excess deflection, mullions are extruded into shapes that maximize the area moment of inertia, or resistance of a particular cross-sectional shape to bending stress. Wide-flange elements, such as I-beams, have particularly high area moments of inertia, which is why this profile is used so often in curtain wall construction. To reduce deflection in a curtain wall assembly without adding excess depth to the frame profile, steel reinforcement may be added to aluminum mullions. This method protects the steel from exposure to the elements, while taking advantage of its load-bearing properties. However, water penetration into a steel-reinforced system can also lead to deflection as the steel corrodes and expands, causing the aluminum to bow outward.