China’s steel output of structural steel pipe hit a record high in 2018, with a nearly three-year fast growth rate. On Jan. 22, China’s national bureau of statistics released data on the steel industry.In 2018, China’s cumulative production of pig iron, crude steel and steel was 771 million tons, 928 million tons and 1.16 billion tons, respectively, up 3 percent, 6.6 percent and 8.5 percent year-on-year. Growth of more than 5 per cent a year is considered “high” in China’s steel industry, which has a capacity base of more than 1bn tonnes.China produced 832 million tons of crude steel in 2017, an increase of 5.7 percent year on year that has worried the industry.At its quarterly press conference for 2018, the China iron and steel association had argued that the pace of expansion would put pressure on steel prices. 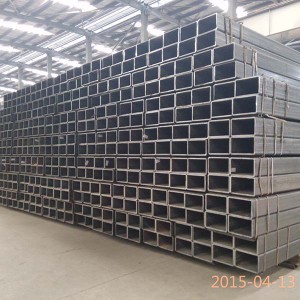 But China’s crude steel growth continued unabated in 2018, up 0.9 percentage points from the previous year. Last year, the steel industry basically achieved a balance between production and demand, and the continuous growth of the production of square steel pipe is due to factors such as the over-rapid release of domestic market demand and production capacity. The utilization rate of ferrous metal smelting and rolling processing industry has recorded a large annual increase since 2014.

According to CISA, steel output from non-member companies is growing faster than that of CISA members. In the first 11 months of last year, pig iron, crude steel and steel products of non-member enterprises increased by 9.75 percent, 13.92 percent and 13.88 percent, respectively. The steel output of the mild steel tube from member enterprises of China steel association accounts for more than 70% of the national output. The momentum of this rapid growth was beginning to wane, with crude steel production hitting its lowest level since April last year in December.

According to the national bureau of statistics, the average daily output of crude steel was 2.4555 million tons in December last year, down 5.1 percent month on month and up 8.2 percent year on year. Compared with the same period of last year, there was a significant increase. However, thanks to the combination of gradually entering the slack season in winter and the improvement of environmental protection, the daily output in December dropped by 8.9% from the high of 2.695 million tons since September 2018. In December 2018, the average blast furnace operation rate of steel pipe suppliers across the country was 76.48%, down 2.28 percentage points from November and also the lowest since April of that year.