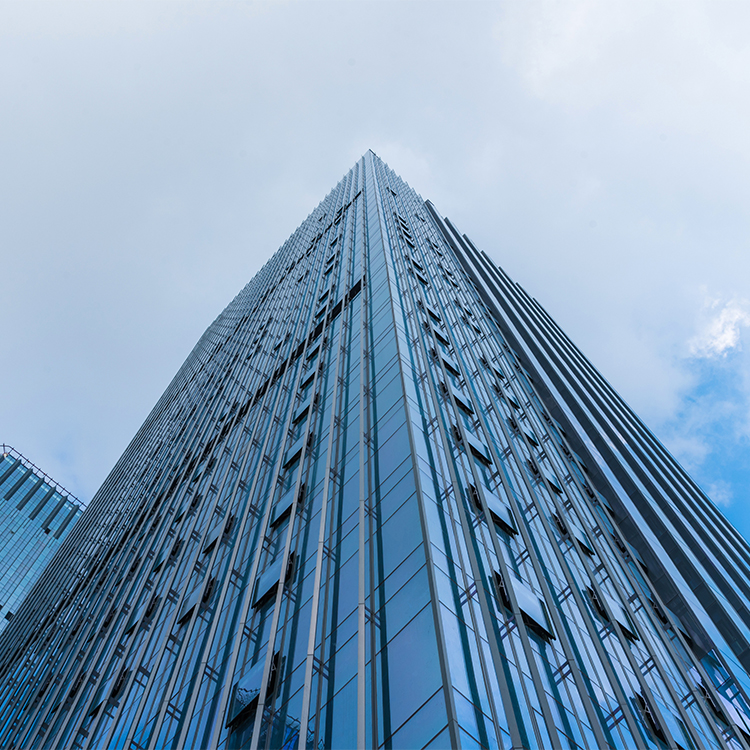 The bending strength of glass plate is very high, especially toughened glass plate. Therefore, the glass panel of the glass curtain wall is very thin, usually 6mm~10mm. Even if hollow glass or laminated hollow glass is used, the panel is composed of 2 or 3 layers of glass, the weight per unit area is only 0.3KN /m2~ 0.7KN/m2, far less than the concrete wall of 3.5KN/m2~ 5.0kN /m2. The weight of glass curtain wall is approximately equivalent to 1/8~1/5 of brick wall and concrete wall. The light weight of glass curtain wall makes it the first choice of wall material for high-rise buildings and super high-rise buildings. Although metal plate also meets the requirements of lightweight wall, but metal plate is not transparent, which does not have transparent, crystal clear, elegant texture, so it is not favored by architects in super high-rise buildings, rarely used.

At present, PVB is widely used as intermediate film for laminated glass curtain wall. PVB has been used for many years and is widely known in curtain wall industry. However, this kind of film was originally developed for automobile glass, not for the development of curtain wall building, so it is elastic, relatively soft, small shear modulus, there will be significant relative slip between the two glasses after the force, small bearing capacity, large bending deformation.